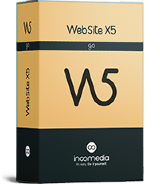 Cover Commander creates professional, custom-designed virtual boxes, books, dvd-boxes, manuals, CD disks, and screenshots. Just a few mouse clicks is all that's necessary to get the job done. The program's extensive light, shadow, and reflection controls will allow you to create an image of just about any complexity and see the final picture as it is being made in the real-time preview window.

Are you not satisfied how your website or application looks like? Do you use customary free icons that thousands of other webmasters and programmers already utilize in their projects? Want your product to stand out and look better then your competitors to generate more sales? Then check out these professional collections of Windows Vista fashioned stock icons.

Document Backup is an easy-to-use solution intended to automatically backup your important data to a local or network hard disk, CD, DVD, Blu-Ray or HD-DVD disc or even to an FTP server. Compressed backups (in the zip format) save space and incremental backups save time.

es is an rechte Schund.

This program *could* be great if the programmers would get their acts together and do some testing BEFORE they make a release.

SOOOOOOOOO many parts of this program don't work at all - that I almost believe the dev's got their files mixed up.

To charge a single dollar for this program would be thievery. Frankly, I feel cheated just because I was foolish enough to waste my time downloading this piece of garbage and installing it.

As mentioned earlier, you get one font - period. You can select a different font, but no matter what you do you will be stuck with the one the program developers chose for you.

Most of the features of this program don't work - AT ALL. Why should I, or anyone else believe that Insofta didn't know this? They knew alright. So why release this? I'm not sure. Maybe to get higher search engine rankings. I can't imagine what else they were hoping for.

So in a little over a week it will be Halloween in the U.S. This download is fitting - since it is scary what some people will charge money for in a crappy economy.

In about a month it will be Thanksgiving here in the U.S.

We won't need it though. We've already been served up a heaping helping of Turkey right here - today.

Do yourselves a favor. Don't bother to download and install this. It flat out does not work. If it did I would be singing its praises from the mountain tops.

Everest will be a lonely place today.

GAOTD, I hope you are getting paid to supply alpha testers for software like this. If not, renegotiate.

Thumbs waaaayyyyy down for this one. (if a person could still give a thumbs down here)(boo)

Nice idea...
*Can't change the image once in preview mode - there is an option, but doesn't seem to work - at least not in preview?
*Needs a font preview, so you dont need to render it each time if you have a lot of fonts installed.
*Changing fonts, doesnt seem to work, when rendering preview. Making a new image does not allow you to change fonts.
* Multiple lines, with an angled shadow, only shos one line as being shadowed. Cant seem to be able to change or add lighting to show the 2nd shadow.
*Can't seem to be able to apply bold or italics.

*Can save in jpg, gif, png, bmp, or proprietary format
*Able to add more backgrounds, just need to use a different jpg image.
*Creating a new project uses the last used text.


Overall, I would say find a different program. The limited font usage (Trebuchet MS, only), limits any real usage for this program other then having a little fun time with it.

Win XP sp3: downloaded and registered without incident. This version is 3.0b (beta), not 3.0 final, which they have available on thier home page. Nice program; but still it is a beta!

3D Text Commander is a fairly simple utility for rendering text as 3D stills or animation. It doesn't come close to what you can achieve using a full 3D app, but you don't have the steep learning curve either -- most people should be able to fire up 3D Text Commander & have something usable to show for it in literally just a few minutes of poking around the straightforward GUI. It's important to note that this app uses OpenGL, which means that depending on your PC/laptop, it'll either work well or almost not at all... If your hardware & graphics drivers don't support OpenGL, then today's GOTD is not for you [it might work, but feel it's probably not worth it].

3D Text Commander is weak in some areas when compared to the 2 alternatives below -- Crystal & Cool 3D... there aren't a lot of templates or canned FX, & no beveling, while both animation & video export could be improved [3D text overlaid on video is maybe the most common use -- for static images you only need to *look* 3D, which you can do in lots & lots of software.] Using 3D Text Commander is very intuitive... The 1st tab, Text, gives you an editing window where you type or paste your text, set the font & size, color or fill image (often it was B & W - not as I expected). You can also set the background color or click the radio button for Transparent. On the right you see your Preview. The 3D Font tab lets you stretch the rendered text in 3 dimensions. Camera & Position gives you 7 sliders -- best just to play with them & see for yourself what they do -- but missing is a reset button, so save a default preset 1st, before you start to experiment. Light gives you 6 sliders to control one, or a max of 2 spots & one global light, but again, save that preset because there's no reset. Shadow gives you 5 sliders & your choice of 2 gradients {but again no reset), while Reflection gives you sliders for Intensity & Opacity (no reset).

If you're not used to 3D, this might help you get a feel for 3D Text Commander... When you create a new image, you're presented with a wizard that starts with 11 templates. With 10 of those the default setting has a spot overhead, and instead of a background (or wall) behind the text you have a floor -- there's only one surface for shadows & reflection. Sometimes that's cool, but you might want your text parallel to that surface -- if you're going to use your text over a background image or video, chances are there is no *floor*, and floor shadows/reflections would be entirely out of place. To setup the floor as a background, go to the Camera & Position tab, & rotate the text image parallel to the floor by moving the slider for Incline, Back - Front to -90 or there about. OK, now the text is where you want it, but not your view -- move the Camera Vertical rotation to somewhere around -90.

Alternatives:
I still like & use an older app (1998) called Crystal 3D Impact! Pro -- it's still available in pretty much the same form & under a few brands/names. For many years the standard for this sort of thing was Ulead Cool 3D -- they came out with a more video-centric version that was used by quite a few pros. AFAIK the 2 Ulead apps are no longer under active development. The video graphics you see on TV are mostly done in hi-end stuff like Adobe's AE & in apps from Boris, but you can always use the free 3D app Blender, which is *extremely* capable [a version to use/try out without install is available at portableapps.com].

Slightly Tech:
The app itself takes up a bit over 14 MB in 88 files, 2 folders. Aside from Start Menu shortcuts, it leaves Windows alone. Changes to the registry are very mild. According to Microsoft's WinDiff, today's GOTD & the trial download are identical. As usual running GOTD's Activate.exe adds the software key to the registry, & it needs permission to do so -- may need to Run as Admin. in Vista/7. Some might find it useful to know that, using Process Explorer from Sys. Internals [Microsoft], 3D Text Commander uses OpenGL, Direct Draw, & VFW [Video For Windows]. There is no Video with Alpha (transparency).


About OpenGL:
Once upon a time in Windows you had to worry about 3 competing technologies for rendering/displaying 3D [Microsoft's, Apple's, & OpenGL] -- today Microsoft's Direct X dominates, and most people have never heard of let alone worried about OpenGL capabilities. [You could compare OpenGL vs. Direct X to the competition between Mozilla vs. Internet Explorer a few years back, before FireFox took off in popularity.] The way it works, simplified, is developers use special code that bypasses the CPU & Windows, going straight to the graphics card (or on-board graphics chipset)... there they act as shortcuts triggering special, built-in functions. It can be very, Very fast -- the proof is when that stuff's missing, your PC/laptop has to work it's way through all sorts of additional code to try & do the same rendering/display... it can take what seems like ages, if/when it works at all. Whether your graphics card/chip handles OpenGL, & how well are determined by the card's or on-board chipset's design & the drivers [for updated drivers check the chip manufacture's site for the latest version, & don't use those that come bundled in Windows.]

MAN Truck Fault Code Errors
Mobile app that every truck and bus owner or driver must have.
$19.99 ➞ gratis hoy

N-Back IQ games test and memory Brain B. Premium
Brain Builder is the Android version of the N-Back game which it has been scientifically proven to increase your IQ.
$364.99 ➞ gratis hoy
« AnyBizSoft PDF to PowerPoint Converter ASTRA32 2.03 »