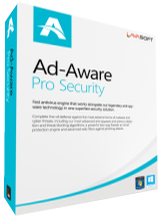 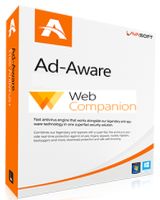 Ad-Aware Web Companion protects your PC through its anti-phishing protection, real-time web protection, and multi-browser compatibility. This software protects your identity, privacy, financial information and PC from fake payment websites, compromised security websites and browser hijacking scripts, allowing you to surf the web confidently because you know your information is guarded from cyber criminals.

First, past use of this software created severe problems for me and my clients with some services like WSJ.com, because Ad-Aware blocked me from logging into WSJ.com or from running certain critically important browser-based applications like OpenEMR. To make matters infinitely worse, Ad-Aware did not actively signal me that it was interfering, so troubleshooting was miserably difficult. In some cases, weeks were spent trying to "fix" the application, only to find the only solution was telling all users they need to turn off Ad-Aware. That is a shame, because in many other cases, Ad-Aware seemed to do its job competently in the background. There was no apparent way to easily create fully functional exceptions, or to get Ad-Aware to efficiently disclose why and how it was having problems with a particular site like WSJ.com.

Second, I am no longer willing to add "free" programs to my systems that have 6-month or 1-years licenses. It is a waste of my time for me to learn to use software, find ways around limitations, and provide feedback to the developer only to be held ransom for ongoing updates. When only one or two programs behaved this way, but when multiple pieces of software are expiring each month, it forces me to constantly update, delete, reconfigure, or otherwise fight with "free software." In many cases, I may only use a particular software once a month or less, and having to deal with multiple overlapping license lapses each month, or finding a piece of software I have not used in a year is no longer usable, is an intolerable frustration. To make matters worse, not all software uninstalls cleanly or completely, leaving my system with erratic behavior, slow booting, and other unacceptable artifacts.

A was unsure if I should try this program or not but after reading your excellent comment I'll pass.
Just recently been trying to trace a similar problem in my XP system it can be really difficult and time-consuming and I don't go through that again.

In that respect, AdAware certainly has it aplenty: it's been around for years, though as LavaSoft, its developer, would be the first to admit, the era when AdAware AntiSpyware justifiably dominated the freeware sector is now long gone. Today's promotion, however, is far more than an offering of a tried and trusted single-purpose app; rather, it's a compendium of different apps, brought together in what should, theoretically, be a persuasive tool-set.

Two problems unfortunately crop up when suites of this type are bundled together: (1) just because one of the parts may be good, that doesn't necessarily mean that the sum of all parts will be; and (2) imposition of a recurring annual license -- which just about all developers in this sector have adopted, including Malwarebytes -- means that prospective users need to be especially careful that they're getting the best protection possible because they're legitimately entitled to the best value for money possible.

Lavasoft's difficulty here -- and it's an entirely self-imposed difficulty -- is that having teamed its well-known anti-spyware product to others of more recent invention, it continues to decline to submit its work to independent laboratory testing:

and instead wishes you to believe what it says about itself. That's especially unfortunate right now, seeing as AV Labs has just put no less than 21 of these "security suites" under the microscope. . . but there's no sign of the LavaSoft product.

The company's failure to submit to independent testing doesn't, of course, mean that the claims it makes for itself aren't true. But it raises a massive question mark about the wisdom of buying blind, a question which never arises in the freeware sector where if something doesn't work, there's no financial loss.

As an ancillary to that, there's also the issue -- with products of this specific nature -- as to just how well the ordinary everyday consumer can actually evaluate them, because the level of knowledge required and the sheer scale of research expertise that must necessarily be applied is going to be far, far beyond their own individual skill-sets. All they can do is check out reports such as those from testing labs like AV Test install and try to make an informed judgment on the facts available.

For all those reasons, then, I have to thank both GAOTD and LavaSoft for today's offer of what is, effectively, a six-month free trial, but have to say no thanks because this product, though from a producer of established provenance, has no actual, proven provenance of its own.

There's also the fact that even in today's world of AV annual licensing, some of the absolute best combinations of freeware are still available to protect the average user's computer, most notably (in my experience):

and the irreplaceable Scottie of WinPatrol Free:

All three (be Panda or Avira the AV choice) play perfectly well together, a "suite" of proven calibre which costs not a penny to purchase nor a penny to keep, year on year, and can be put together by even the most novice computer user: download, install. . . and that's that.

Where is Karl? His reviews were invaluable agree with them in 80%. Where is my lighthouse? Kaaaarl! Where are you?

Yup... Karl's reviews were the "go to" on the download page for me, too. Covered enough, including previous releases. He was an asset to users here.

Queryable: Find Photo by Text
Queryable is an iOS app that allows you to find a photo in albums use a text description, completely offline.
$1.99 ➞ gratis hoy

My Time Off Tracker
Is designed to help you quickly check how much time off you have.
$0.99 ➞ gratis hoy

Paranormal Territory
Does your mind starved for puzzles, and your nerves from thrill?
$1.99 ➞ gratis hoy

Over The Bridge PRO
By building bridges between the various platforms try to get as far as possible!
$2.29 ➞ gratis hoy
« SoftSkin Photo Makeup 2.3 Sothink DVD Copy 1.0 »