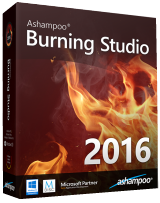 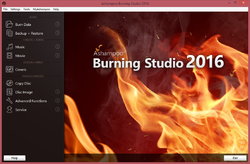 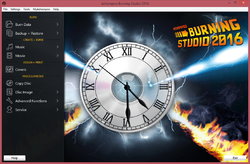 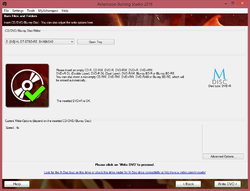 Ashampoo doesn't really help itself -- or anyone else -- when it comes to accurately describing its giveaways. This page, for instance, categorically states that Ashampoo Burning Studio 2016 costs $59.99. Of course it doesn't. As a commercial product, Burning Studio 2016 doesn't even exist.

What should be borne in mind, however, is this. Ashampoo is a generally excellent developer. Its Burning Studio program long since de-throned the expensive Roxio and the hopelessly bloated Nero. I've used Burning Studio for years and wouldn't dream of using anything else.

I also have a selection of other Ashampoo commercial products . . . for none of which I've ever paid anything like the so-called "retail price". That's because, if you download an Ashampoo free product (like Burning Studio 16) you can register it and have your own Ashampoo account . . . and Ashampoo will then regularly notify you of its heavily discounted offers. You'll also pay the real retail price for an Ashampoo product, not the inflated one that's attached to products primarily for marketing purposes.

Ashampoo's business model then is to attract customers with giveaways and then hang onto 'em with a seemingly unending range of special offers as well as "member" prices that are half the alleged retail prices.

The paranoid, as well as those who haven't much clue how to use a computer, will of course tell you that registering with Ashampoo -- becoming a "member" -- will expose you to Ashampoo spam which you can't possibly control. Rubbish. Of course you can. Takes 2 minutes to organise server side filtering.

However: if you do indeed do that, then yes, you will miss out on some excellent deals. I, for instance, have an earlier version of Burning Studio which cost $19.99 instead of $49.99. And I've now just purchased from Ashampoo, some specialist image manipulation software created by its partner developer, BenVista. As an Ashampoo "member", I've bought it for 75% less than BenVista would've charged me direct.

brenda
I'm a user, I am not with Ashampoo. I have paid for an earlier version of their full burning program, and it was worth it to me.

In the pay versions:
- you can drag video files into the movie burner, like MP4, AVI, MOV, and the program will convert them to DVD-video or Blu-Ray-video format and burn a video disc
- has a workable video editor/trimmer
- has more skins and graphics for creating a video disc menu
These three differences have been steadily improved with each new version of the pay version. Particularly the speed of converting a MP4/AVI/MOV into the DVD-video format before burning.

For burning data CDRs or DVDRs or BR-Rs, both versions are the same. The free versions also will burn video DVDs from videos that have been converted to the DVD format, and there are other free programs to do that but not from Ashampoo. That is difficult if you don't know what to do. The pay version of this program does it automatically.

Also both free and pay versions have a CD ripper to make MP3s from your CDs.

You can install this free version and it never expires. On their website you can download the trial version of the pay version, and it works fully for 30 days then expires unless you pay for it. You can try the extra video features fully with no limits for the 30 days.

Fired up my Windows 7 32 bit VM where I can monitor all the changes made by installing, then updating Ashampoo Burning Studio 2016. Expanding the downloaded zip file, ran the Ashampoo setup.exe, which gave a dialog to get the key from Ashampoo. Entered the email address for my account with Ashampoo, entered the password when prompted, & the new key was displayed -- BTW, Ashampoo keeps those keys on record for future use, so if you need it, just log in.

The program's install added 2289 files, 78 files deleted, 452 registry entries added. The number of files can be reduced slightly by deleting unneeded language files. The available update added 259 files, updated 367. I do not know if this was needed, but after updating I selected to register the program [under the Help menu], entering email & password at the web page that opened. Clicking to activate the program [also under the Help menu], a window popped up saying it was already activated & registered.

You obviously get more than you pay for :) -- but what do you get? Ashampoo Burning Studio 2016 lets you burn data discs to CD, DVDs, & Blu-Ray. It let's you create VCD & SVCD discs -- if you know what those are you've been at this stuff a while ;) -- but will only do video DVDs & Blu-Rays using a DVD or Blu-Ray layout on your hard drive. For video DVDs that means the VIDEO_TS folder, e.g. written by your authoring app, & for Blu-Ray that means the BDMV & CERTIFICATE folders. It also lets you create basic audio CDs, MP3 & WMA discs, copy music files to disc, & rip audio CDs. It includes a basic file backup function too, & lets you print disc labels, case inserts etc.

Compared to ImgBurn, IMHO it's much easier to use, but that's mainly because you don't have all the options available in ImgBurn, which frankly can be confusing. OTOH I trust ImgBurn for more complicated stuff, like dual layer video DVDs. Actual burning is up to your drive(s), so there shouldn't be much if any difference from one app to the next. Ashampoo advertises m-disc support, but while that's honest, it doesn't mean much -- you need to buy a m-disc capable drive, & of course m-discs, to take advantage of the extra longevity m-discs offer. That said, burning m-discs is the same as regular discs.

Burning Studio compares to the limited apps from Nero & Roxio -- not the full suites, which include video editors, DVD [& optionally Blu-Ray] authoring etc. Nero Express, included in the Nero suite, has more burning options, & is approximately as user friendly. There really shouldn't be any difference in terms of the discs you burn with Ashampoo, Roxio, or Nero -- in some cases ImgBurn *may* be more spec-accurate, & as mentioned, I believe it's better for dual layer video DVDs.

Price-wise it's hard for me to imagine anyone paying list price for Ashampoo software, at least if you get their emails. That means the only thing cheaper than Burning Studio are free apps like ImgBurn. I haven't seen Roxio for a good price for quite a while -- Nero Platinum was running as low as $25 over the end-of-year holidays.

So, since this has the year rather than the version number in the title, does that mean this is NOT the full-featured version the link goes to but the always-free Burning Studio? If so, claiming that it normally sells for $59.99 is very unethical! If this is not the usual free version, I'd like to know how it is different. A comprehensive feature list would be very helpful.

Unfortunately for me, just purchased Ashampoo BS 2016 a few days ago... Install without problems on Windows 8.1 and works perfectly. Lot of features, but not supported on systems older than Windows 7.

Bit Timer - Interval Timer
This is the first interval timer you’ll see with a set-up that is this fast and easy.
$1.99 ➞ gratis hoy

MTG Mate - Magic Life Counter
This comprehensive app that allows you to easily track your game and find and save your card collection.
$0.99 ➞ gratis hoy