Giveaway of the day — Autumn Paradise 3D Screensaver and Wallpaper 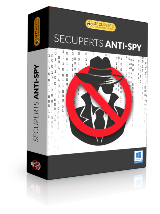 Aqua Coral Reefs screensaver and wallpaper features stunning 3D coral reefs in the deep of the ocean floors. The screensaver has 4 beautiful scenes with realistic underwater lighting, bubbles and effects, as well as many animated sea creatures. There are many varieties, colours and species of 3D fish, including; angelfish, clownfish, guppies, tiger-fish, shark-suckers, a sea lion, a sea-turtle and much more.

3D Birds of nature screensaver and wallpaper features a unique display of fully animated 3D birds of both popular and exotic species, found across many regions of the world. These exotic birds are nestled in their main habitats and include Toucans, parrots, budgies, hummingbirds, songbirds, a wood pigeon and a woodpecker, among other birds.

Haunted House 3D: The Evil Lies Within tells an ominous story of a haunted house at the foot of a hill where there are many odd, peculiar and unsettling things taking place night after night. This screensaver and wallpaper features dozens of scary sounds, many ghostlike animations and appearances throughout the scenes. Some scenes are scary to the point where the 3D screensaver and Wallpaper seems almost real and chilling.

This animated 3D screensaver and wallpaper has 4 scenes with backgrounds featuring passing 3D-realistic clouds, swaying beach plants, among beautiful and exotic palm trees and banana trees as the bright and gleaming beach waves lap against the magnificent white sandy beaches. Watch as there is an extremely realistic animation of the beach shoring up against the white sand which is gleaming in the serene sunshine of a bright sunny sky.

sorry for the problem with download file, it seems that it was not successfully uploaded. Now it is fine and waiting for you to grab it.

Enjoy the second part of the weekend!

There's nothing wrong with these sorts of screensavers or animated wallpapers if you like that sort of thing. The graphics won't match the latest, greatest games, but that's understandable as they don't require the same sorts of [usually higher end] graphics hardware either.

I don't run them because they do use the graphics hardware enough to turn a decent graphics card into a space heater, at the same time increasing their power usage. To me it's the same sort of thing as turning the light(s) out when you leave a room, setting the thermostat to 68-70 in the winter, using a car with higher mpg. When I'm not using this PC I'd rather it use the least energy possible.

http://www.techpowerup.com/downloads/SysInfo/GPU-Z/
"GPU-Z is a lightweight system utility designed to provide vital information about your video card and graphics processor. "

Modern supposed screensavers tend to have static backgrounds of quite intense colouring, static is the last thing you want in a screensaver. This can cause the equivalent of "burn in" in an LCD screen something I was unaware of until I researched it after the last screensaver.
An excellent example of this is shown in the following link:-
http://en.wikipedia.org/wiki/Screen_burn-in
Adjacent to the heading "Plasma, LCD and OLED displays," which is part way down the page, there is an excellent image illustrating this phenomenon.

My point being, maybe it is worth changing your screensaver on a regular basis so it doesn't damage it.:-)

Can I suggest that for future screensaver and wallpaper giveaways that there should be direct links to sample screengrabs? That way people can see what they are getting before installing, without having to work their way through the company's website.

The Busy Lumberjack
This is a fun and engaging puzzle game.
$1.99 ➞ gratis hoy