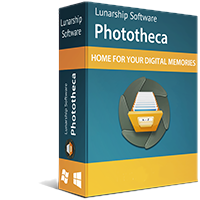 Wondershare DVD Slideshow Builder Deluxe is a anyone-can-master DVD photo slideshow making software can let you weave photos, video and music into a stunning DVD slideshow. With 480+ Paid Styles are FREE Now, you can touch up photos/videos with crop, rotate tools and special effects like Old Picture, Wood, and Inverse, add titles/voiceover to tell stories and more. Now only $14.95 to get DVD Slideshow Builder Deluxe

Wondershare Flash Gallery Factory Deluxe is the best Flash slideshow maker and photo gallery software,  with 120+ amazing free templates, it helps to build Web-ready Interactive flash Slideshows fast for business banner, family photo albums, holiday greeting cards. It is extremely easy to use with clear workflow, ready-to-use flash templates for every event and occasion, just drag and drop you can add and organize photos on storyboard to create any slideshow you want. Now only $14.95 to get Flash Gallery Factory Deluxe

Wondershare Video Converter Pro, a powerful video converter for Win (Windows 8 supported) to help you convert video and audio to various popular formats. With 30X fast speed, it saves time with batch conversion to convert multiple videos at once and saves your video with custom profiles and presets to any format with a click. You can convert video and audio to virtually all video and audio formats (3D included) to enjoy anywhere as it will fit your Apple devices, Windows Phone 7, Android phones, video game consoles and more. Now only $9.99 to get Video Converter Pro

I love Wondershare programs since they are usually top notch products.

Today's giveaway looks like a pretty decent slideshow maker with an user-friendly GUI designed to create nice photo albums in DVD, MP4, AVI, WMV, 3GP, Flash and HD format, suitable for being shared on Youtube, Facebook, Blogs etc... or via iPhone, iPod and other mobile devices.

It's a very easy to use app since it supports the "drag and drop" method to add images to the storyboard, giving users the ability to add text, background music and several effects on each photo of slideshow.

It's also possible to record an audio narration from an external device, as well as synchronize the duration of images and music.

So overall it's not bad but what is given away here today is (once again) just the STANDARD and LIMITED version of the main program (DELUXE), meaning it doesn't support VIDEO input, photo duration, transition effects, motion (Pan/Zoom) etc...

* Microsoft Photostory 3
Awesome FREE app by Microsoft designed to create professional slideshows from your still pictures. It supports any kind of photo format, offering you a preview window and some basic editing functions. It lets you add text over your photos and even create songs on the go to add on your final slideshow.

* DVD slideshow GUI
Best FREE slideshow creator ever created with over 245 transitions and 100 special effects to add on your entire slideshow. With this magic FREE tool you can even add and edit music, 35 motion backgrounds, borders and subtitles.
To add an audio track (for instance a recorded narration) to a specific point of your slideshow, just export your slideshow to mpg/avi format, then open it with the freeware “DubIt”:

After recording your narration or adding your music sounds to specific points of your slideshow, export to wav/mp3 and then import them into you DVD slideshow GUI project.

* Simply Slideshow
Great slideshow maker which can play literally thousands of photos with a very small footprint.
It can display images in Pan & Zoom effects with tons of nice and unique options, such as the "Wallpaper Slideshow" feature, which allows users to have their favorite slideshows playing in the background while surfing the web.

Normally Wondershare produce wonderful programs but this one-leg version seems to be the marketing mistake.
Have no idea who would buy or take free the slideshow program with no transition effects, pan/zoom, even slide duration control.

A usable version of this software, that is in advanced mode not available in today's offering, has one feature I would enjoy.
It would appear that each individual photograph can have audio recordings attached to them.
Unfortunately, today's offering is so crippled I was unable to do a really good test of this feature.

In fact it is so crippled it is not worth downloading, a shame because I like this company’s software.

Sadly, Wondershare has never been any good at producing DVD slideshow software and its offer today of a stripped-down 'standard' version of an over-priced mediocrity (its Deluxe version) does nothing to improve its reputation.

The problem seems to be that Wondershare's software designers have never been to the movies, or watched a commercial movie on DVD. Unless it was a kids' matinee of Flash Gordon, circa 1952, when a low budget production with barely a single tracked camera to hand meant everything had to be tricked out with spinning wipes, shuttered fades, and the occasional introduction of exploding stars.

But that's what Wondershare majors in more than half a century later: DVD slideshows that look like nothing anyone will ever see at the movies and nothing that any movie director would ever think of creating.

Transitions? You need just. . . Three. The standard inter-scene dissolve, the standard fade in, the standard fade out. That's all that movies use. Themes? You don't need. . . Any. You're making a slideshow to go on a DVD for screening on a home TV. Movies don't have "themes" unless scored by the soundtrack's composer.

Creative control? You need that. . . Totally. Which means: control of the timing of a transition and the duration of a slide and the ability to synch audio such that it fades out when the slides have all been screened.

This 'Standard' version offers little in the way of that kind of creative control (nor is the 'DeLuxe' version that much better, due to its clunky GUI and inept options management.)

What you *especially* need from ANY dvd slideshow software is the facility to persuade the viewer into thinking they're not watching 35mm color transparencies clicking through an old-fashioned projector, but moving images flowing from the one into the other.

That facility is called the Ken Burns Effect, named in honour of the American film maker's pioneering work with the award-winning 'The Civil War' TV documentary of 20 or so years ago, where although every single image was a static picture, the 'camera' tracking sideways and back, or in and out (panning and zooming) transformed every still image into one which looked as if it was a frame from a movie.

That's something Wondershare has never been able to properly manage. It can't be bothered to even offer panning and zooming in today's stripped-out, and entirely pointless, 'Standard' version, while its implementation of the Ken Burns Effect in the massively over-priced 'DeLuxe' version is inept to the point of being unusable.

Wondershare seems entirely unfamiliar with key-framing, where you determine a start-point segment of an image area in the first of a pair of identical pictures, then the end-point in the second image, set the inter-scene transition time to zero, and that's that: a lovely long lateral pan or a steady zooming in or out according to your duration settings and start-point / end-point.

Working with Wondershare's 'arrows' system for the Ken Burns Effect is needlessly frustrating, consistently imprecise, and frequently a failure anyway.

DVD slideshows are a hobby of mine so I've tested and used just about every free and commercial offering available.

The conclusion I reached long since was that most of the commercial stuff out there (including Wondershare's products) aren't worth hard drive space -- and that, sadly, freeware in this field doesn't deliver, either. That's especially ironic because the very first of these programs was, and still is, the absolute best: Microsoft Photostory 3.0 which Giovanni mentioned above.

I haven't found a better DVD slideshow program than Photostory 3 (up to and including ProShow Gold Producer, which you'll need a second mortgage to afford.)

But I've had years of working with Photostory, and unless a new user is prepared to invest MANY hours in trying to make this utterly obsolete Windows 98 software work for them, then forget it. It was created before the home DVD player was invented. It does not know what 16:9 widescreen is. It exports in a proprietary format that is a pain in the neck to transcode. Photostory was created by Microsoft and killed off by Microsoft and nothing will ever bring it back. I'm not even sure if it will even run on Windows 7 or 8: people had major compatibility issues when moving from XP to Vista, though Microsoft did at least manage a retrospective fix.

So, although I'm grateful to Giovanni for singing Photostory's praises -- this isn't the first time he has flagged it up on GOTD -- it would be helpful if he'd incorporate the above caveats into any future recommendation here: Photostory is NOT a sensible alternative if you're looking for easy-to-use DVD slideshow production software.

Thanks, then, GOTD, but no thanks for today's offer. As for Wondershare: instead of pumping out 'Standard' DVD slideshow crippleware and 'DeLuxe' DVD slideshow software that's almost, if not quite, as useless, why not go back to the drawing board and start over?

And next time, hire in some software designers who've actually been to the movies in the past 20 years, and so know what one looks like. . .

Today's GOTD offering is a poor example of Wondershare's normally good line of software. Today's giveaway is true to its name "Wondershare DVD Slideshow Builder Standard". It is an overpriced "Standard" slideshow paste up program. From what I can tell there is nothing outstanding about the program's ability to make an entertaining project.

I find that slideshows are usually boring and are not even completely watched from beginning to end a single time unless the viewer is made to sit still in go through the exercise. I had to install the program to see what sets it apart from the free slideshow building programs that would make it cost $50?

What is the purpose of installing a program if you do not try it? Wondershare's slideshow builder is standard fare in all respects. A slideshow was quickly and easily put together and the final project came out to be no more entertaining than what I could cobble together by having having one picture viewable for a few seconds before the next picture pops into view. 3-D or special effects? I did not find either.

The reward for my efforts turned out to be an opportunity to compare several of the uninstall programs that are new to the market.

PDF Max 5 Pro
It is designed for those people who’re looking for a full-featured PDF annotating, form-filling and note-taking app.
$4.99 ➞ gratis hoy

Adventures of Kidd
Kidd is our hero from Adventureland where everyday life is a video game.
$0.99 ➞ gratis hoy

One click to health PRO
Very easy to calculate your BMI, ideal weight range, and the Healthiest(safest) and best weight for you.
$1.99 ➞ gratis hoy