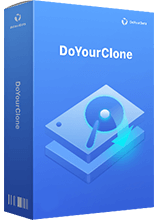 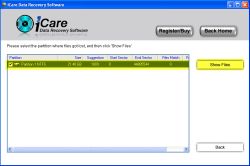 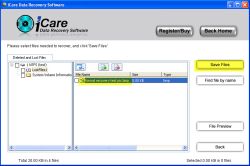 I tried it on an 8GB USB drive that had a lot of deleted files over the past couple of years. All four options on the front screen (Partition Recovery, Advanced Recovery, Deep Scan Recovery, and Format Recovery) did the exact same thing as far as I could tell.

Regardless of which option you select, it first displays a list of drives to recover from. After selecting a drive and clicking "Recover", it does what appears to be a low-level scan of the drive. On the 8GB USB drive, it took a couple of minutes, and then listed one partition. (larger drives take much longer, but you can cancel the scan at any time and it will display what it's found so far) Clicking "Show Files" with a partition selected then displayed a tree-style list of directories and files that it found.

It's fairly easy to navigate through the list of files, but not all files can be recovered successfully. Some files have a red "d" on them, which seems to indicate that it's not able to recover them for some reason (didn't find an answer in the help page, but I didn't look all that hard). When I try to save them back to my hard drive, it does recover them quite quickly, and the file size seems about right, but images for example, aren't able to be displayed by any program. Other files however, that don't have the "d" on them, can be recovered with no problem, and they appear to be the same as they were originally.

It also seems to list the files two ways: in their original directory name with their original file names, and in a directory called "Deep Scan (RAW files)". I can't tell if all the same files are duplicated in both directories, but I did notice that all of the files under the Deep Scan directory were recoverable, without the "d", but they were all renamed to "file000.jpg", "file001.jpg", "file002.jpg", etc. I'd have to do more tests, but the point is that some of the unrecoverable "d" files might actually be recoverable under the Deep Scan directory, but without the original file names.

There's also a File Preview button in the file list view, and although it does work on all files, it's really only useful on text files. Binary files such as images are displayed as though they would appear in Notepad, so you just see the hex characters, not a preview of an image (it doesn't launch the appropriate program for the file type).

It does seem to find lots of files that have been deleted for quite a while (back to 2007 on my USB drive), which was impressive. So I think there's definitely potential for finding what you want. The main question will be whether or not it has the "d" on it (or whether it appears under the Deep Scan directory without the "d"), and whether it can really restore it or not.

The interface is definitely clunky, and has that typical "thrown together by a programmer, not a designer" look, but I was able to find what I needed, and didn't see anything in particular that I thought would cause you to do something stupid to your drive accidentally. It doesn't seem to actually change anything unless you tell it to, and even then, it restores things to a new directory name so there's no chance of overwriting anything.

When I installed the program, it seemed to register itself automatically, although the readme file said I would have to paste in the activation code. There doesn't seem to be anything in the program to tell you that it's activated, and the only place I found an "Activate" button was on the deleted file list after a scan, oddly enough. Clicking that button prompts you to enter the code from the readme file, and after doing so it says it's registered, but clicking the Activate button a second time just displays the same prompt -- it still doesn't acknowledge that it's already registered. As I said, clunky, but useful.

I like this software. I've still got the previous giveaway from this January which was v3.5. Oddly it's still activated even though I've done a full reinstall of the OS twice since activating it. Anyway, has anyone figured out what's been changed from v3.5 to v3.62? I've checked their web site butcouldn't find any details of whats been upgraded. (I'm just interested in seeing what's been improved)

by the way, the free games project continues for those who haven't visited the forums recently. There has been several decent freeware games posted over the past several weeks from Week 75 onwards to the present week (week 81). We aren't posting every day as previously, just when we feel like it. The project has been opened up to everyone now; that is feel free to post details of any freeware games you come across (just check G@rgoyles free games threadto see if it's not already been posted:

The only thing I ask is to keep to the format we use that is title includes the week number and give a few details and if possible screenshots of the game. Here;s a link to the Game discussion forums:

Thanks folks. Have a brilliant day. :)

For operation in Windows 7:
Right click on program and select the "Run this program as an administrator" checkbox in the compatibility tab

I have Win7 64 bit, and it would not see the drives until I ran as administrator.

Against some notes above: This Version 3.6 IS PORTABLE, too!

Today you have to add the file
3.txf

If you don´t get this file by regular installation: For me it was generated when I merely ran UNACTIVATED programm and entered the delivered Reg-Key in the 2nd Window (after starting a programm action...)!!!

mySolar - Build your Planets
Play as a God, build your own solar.
$4.99 ➞ gratis hoy

Block vs Block
Modify the world most attractive puzzle game. "Block vs Block" allow you play against computer, or human (iPad only).
$2.99 ➞ gratis hoy

Facula
Explore the beauty of the world.
$0.99 ➞ gratis hoy

One click to health PRO
Very easy to calculate your BMI, ideal weight range, and the Healthiest(safest) and best weight for you.
$1.99 ➞ gratis hoy