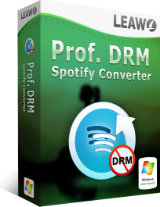 IObit Advanced SystemCare
Heal up your system and speed up your PC with the help of 25.

As this user comment thread seems to be more about missing blue keys than anything else, I thought I'd add an actual user review here by way of a change . . .

(1) Downloaded, installed, registered in under 2 minutes. No email address harvesting. No nasties. Kudos to the developer: all GOTD promotions should be as clean, quick and fuss-free as this one;

(2) Ran a straightforward test by duplicating the kind of disaster that can befall the unwary: I copied the contents of my Fuji X-T10's current 16Mb SD card to my Windows 7 desktop PC (68 jpegs in total), removed the card, and then placed it in my Panasonic FZ2000. I then formatted the card, this after the usual Panasonic warning that such an action would erase all data.

(3) With the formatting completed, I popped the card into a USB reader and plugged it into the desktop. Windows reported that the 16Mb card -- now appearing on screen as Drive F -- was empty: no data, no images. Everything. . . gone.

(4) I set iCare Format Recovery Pro to work with a quick inspection of my setup's various drives, including the new F: Generic Storage Device, and then an analysis of that drive. It took 16 minutes 43 seconds for it to complete, an elapsed time that ought to be borne in mind by any prospective user: by my reckoning, that's slightly over 1 minute per 1 Mb.

(5) The software reported 986 total files found / 870 files identified. (No, I don't know what the difference might be: there were certainly not 100 DAT and TIDs in the actual output.)

(6) The software's detailed analysis split the results into four folders. The first, Directory 1, comprised AVCHDTN / BDMV entries containing a few kbs of DAT info and nothing else. The second folder, Directory 2, comprised a similar handful of DAT file material. The third folder, PRIVATE, contained more AVCHD references in the form of DAT and TID files, though again, of merely half a dozen kb or so each. The fourth folder, Raw Files, proved to be misleadingly named, because on opening it contained not only a GZIP Compression File subfolder but a JPEG Graphics File subfolder. This last was further disaggregated into three subfolders: 1-300, 301-600, 601-870.

(7) Retrieval of the 870 image files from those three subfolders to a newly created folder on my desktop demonstrated that, as is to be expected from the functioning of this kind of salvage software, various different sizes of the same image recurred. It was also apparent that the older the image -- the 'found' files dated from October 2 2016 to May 24 2018 (three days ago) -- the greater the problem of content loss, that is: the appearance of "banding" across the top, bottom or sides of an image, from which pixel information has been irrecoverable. However:

(8) Every one of the most recent images stored on the formatted card were retrieved as 100% originals with no loss of quality, exif data, or anything else. The actual usable total retrieved in this test -- that is, images either 100% complete or with only relatively slight top and bottom frame loss (landscape) or left/right frame loss (portrait) -- was not those 68 seemingly gone forever but 202.

Though that total might not seem a lot from the software's reported recovery of 870 it is, in fact, a substantial harvest from an SD card that has been used extensively and formatted more than once in the past two years.

Verdict: this was a test to see if iCare Format Recovery Pro could bring back 68 jpegs ostensibly lost due to the formatting in a Panasonic camera of an SD card used in a Fuji camera.

The actual result was the recovery of 870 image files -- though not 870 different images: as noted, this type of software yields multiple sizes of the same shot -- taken over a period of almost 2 years, of which 202 are either 100% at best, or 80% at worst, the same as they were Out Of Camera (OCC).

On which basis then, and even allowing for the fact that no two camera manufacturers deploy the same formatting techniques -- Nikon's, for example, may well be more aggressive than Panasonic's -- there's still every reason to think that iCare Format Recovery Pro will make a decent job of trying to salvage that which an unfortunate camera user might've thought was beyond salvaging.

Thanks, then, GOTD, and thanks, iCare.

I rarely need to use a recovery app, but my luck ran out a week or so ago, & I [unfortunately] got a chance to run the iCare software through its paces. First I tried their Format Recovery Pro, then their Data Recovery Pro, which I think is the more full or comprehensive of the 2. Unlike a half dozen other recovery apps I got as giveaways, the iCare software had remained registered or activated, and it seemed happy to run in the background doing a deep scan, not taking up much resources. It also saved its progress, which is cool, & it gave the option of displaying the files it found as raw, in addition to the list of named files. It did not show whether a found file could likely be recovered successfully, or not -- a couple of recovered files were too damaged to be used, but some others were OK.

Then I ran the free Recuva, finding that it didn't like to run in the background [the deep scan progress was much slower], that it used a fair amount or RAM, that scan results could not be saved, & that the results were pretty much on par with iCare Data Recovery Pro. I tried Puran File Recovery -- another GOTD -- and it crashed 1/3 of the way through a deep scan.

Next I ran EaseUS Data Recovery Wizard -- an older version I got from GOTD -- and it was the champ compared to the others. It ran OK in the background, didn't consume too many resources, and found more files, including the half dozen Photoshop PSD files I was after that the others could not find. The ability to search the found files, with the results displayed as a list, proved crucial -- while Data Recovery Wizard attempted to list all the found files in their proper folders, that part was very inaccurate, and if I hadn't been able to search the results, I would never have found what I was after. While the files I recovered with Data Recovery Wizard were OK & worked, they were saved with that same inaccurate folder tree, which was a small bit of a PITA, since many of the folder trees were quite deep.

And that's where I stopped -- while all the scans, with the exception of Recuva, were done in the background, while I was doing other stuff, each of the individual scans took about 4 hours [it was a 2 TB drive], and by the time I was done with the EaseUS app, I was too tired of it [& bored] to try any more recovery apps. There was nothing lost that I couldn't fairly easily recreate, so it was a matter of could I recover a file, spending less time that I would recreating it, e.g. I had a couple of VMs that I hadn't backed up yet after recent updates, so could I recover them in less time that it would take to perform the same updates on the existing backup copies.

That all said, I personally feel that it's worth it to grab apps like iCare Format Recovery Pro when they're given away because, well, stuff happens. I don't think it makes sense to spend more time, effort, & cost [e.g.. storage] protecting [backing up] your stuff than you'd spend replacing it. In my recent example, recovering some files saved me maybe a couple of hours if I include the time spent starting the recovery apps, & going through their results. Don't store *your* stuff on the same drive partition as Windows, & if you follow that advice, running recovery apps is pretty painless [with the exception of Recuva].

Any chance for some comments re this s/w? Ya
y or nay?

Don't know if my comments on it will be approved & posted or not, so here's the short version... iCare stayed registered -- several other recovery giveaways did not. iCare runs happily in the background -- Recuva for example would not. iCare found roughly the same files that Recuva did, but EaseUS Data Recovery Wizard [an older version from GOTD] beat them both by a fairly wide margin.

Where do you enter license key? Nothing on ui to let you do it

john: you'll find a text file marked README in the downloaded GOTD package. Do so. Copy the 40-character registration code. Install software. The word REGISTER should appear prominently next to a large blue key at top right of screen. Paste in the code. Job done. Today's install and registration is one of GOTD's fastest. Whether today's software is one of GOTD's best is a different matter.

BacBack
Backup and transfer contents of your mac directory to any of your devices.
$32.99 ➞ gratis hoy

GET HER BACK: Adventure & Shooter At It's Best
Unique action platformer experience while preserving the old arcade and retro flavours.
$0.99 ➞ gratis hoy