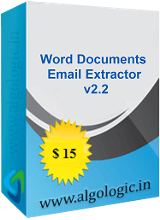 Partitioning is not for amateurs. That is why millions of people have trusted our safe, stable technology and professional software solutions for over 19 years. Our latest 2014 version easily organizes your hard drive and redistributes free space to enhance system performance.

Take complete control of your PC’s safety. Based on solid commercial backup and recovery software from Paragon, the new Backup & Recovery 2013 Free Edition will give you a rich set of features that you can trust.

The PRO edition of this product is FABULOUS...this GAOTD version is just GOOD!

Why? Because a tool like this is usually required when you buy a new PC and want to migrate data + OS to it from an older PC with different hardware or when you want to deploy the same operating system on many computers with dissimilar hardware.

Unfortunately a key feature missing in this GAOTD.

So THUMBS UP with some reservations though...

Why? Because Aomei Backupper is FREE and does more or less the same things as this version of Paragon Drive Copy 14 (but it's rumored that the next new version of it will support "Restore to Dissimilar Hardware" Function as well...so let's stay tuned!!), so can't see any reason to download this GAOTD....how about you dudes?

To transfer almost any installed programs of yours from one Windows-based computer to another one with dissimilar hardware, keeping the original settings of them as well, just use this magic FREE portable app:

Or better yet use a virtualization product like "VirtualBox" + "GoPC Backup" as backup solution:

But why not use a FREE BARE METAL solution instead?

My 2 cents for today's giveaway!!

I used to use Paragon's partition manager, that was given away here, often. I would use it to format a partition I created for backup before I would do a new backup. The last time I did this the program wiped my entire drive. It happened in a single instant. In 1 second my whole HD was erased. Everything was fine on my screen at first, but then when I tried to get out of paragon's program It didnt work. and then I realised there was no info on my hd anymore.
It cost me €35 to purchase a restore to factory settings kit from Toshiba for my laptop. I mentioned this on a previous giveaway and with the number of similar comments I saw that I am not the only one this has happend to.
I will never use their software ever again!

These are the features that are MISSING when compared to the professional version.

Pros
*Allows you to migrate the operating system and data of your current system over to a different computer or hard drive (aka make an existing Windows installation bootable on a different computer or hard drive). NOTE: Compact version will not allow you to migrate to a computer with different hardware
*Can choose to copy a full hard disk or just a portion of it
*Allows you to copy from a regular hard disk to a SSD (Solid State Drive)
*Able to fix most system boot problems that are a result of human error or a boot virus
*Comes with basic partition management features

#4: "I have been looking for a long time for a program which will clone or duplicate my entire hard drive (and be bootable when/if I swap it to my C drive cable) to a secondary internal hard drive by simply double-clicking an icon. Will this program do that? Does anyone know of a program that can make a bootable backup to a 2nd hard drive internally installed? I’ll give this a shot, but I’ve tried a number of these types and I can’t seem to find one which doesn’t require you to perform some additional steps “after” cloning or copying to make it boot. Thanks GOTD"

The way it works is your PC/laptop has a setting in the bios which tells it where to look first for the necessary boot info -- once it finds that info it loads it, then proceeds to load either a boot menu, if more than one OS installed, or the OS, e.g. Windows. No need to swap cables or anything -- either use a loader with a boot menu or change the bios setting so it looks at another drive for the boot data -- it's really no different than in years past when you used to set the bios to boot from a CD/DVD first, or USB stick etc., except there's *usually* a hotkey you can press nowadays to select the boot device when the system's starting.

That said, there are 2 reasons to clone a drive/partition... 1) it includes the hidden data you can't just copy to make it bootable, & 2) transferring raw data rather than files & folders is faster. Cloning data *may* be a little faster outside of Windows because of less overhead, but mileage will vary -- while I have Acronis & am not a big fan, I've generally found the bootable version of their software supplied with some brands of hard drives to be fastest.

If that initial boot data is missing or damaged or you want to add a boot menu or get rid of the win8/8.1 graphical boot menu EasyBCD can do that for you quick, easy, & [for home use] free. It also works portably, & while it uses the Vista/7/8/8.1 boot loader, it can add that loader to XP just fine -- for XP it will load XP's loader though. EasyBCD will also let you boot to a VHD [Virtual Hard Drive].

The main hurtle with VHDs is a virtual drive has to be mounted before you can access it as a regular drive. If you're in win7 + it's not a big deal if it's in Microsoft's .VHD format -- just go through Admin Tools -> Computer Mgmt -> Disk Mgmt. -- but otherwise you might have to add drivers or work through the Virtual Machine Host software that pertains to that virtual drive format. If you want to clone a drive/partition to a VirtualBox .vdi disk for example, you can add a blank disk to an existing VM, then run whatever software to perform the clone in that VM. That's where some Paragon apps may make life easier, creating & mounting the new, blank .vdi & copying/cloning a drive/partition to it.

IOW Paragon software can be [sometimes very] helpful, but isn't essential in that regard.

Essentially the real challenge is what I've just mentioned, mounting the vhd. Where things get sticky is the Migrate OS to Dissimilar Hardware. In order for Windows to boot it has to load drivers to talk to essential hardware like the CPU, GPU, driver interface & so on. When those essential components are different Windows will try to load the installed drivers, & if they don't work, stall or crash. Some of Paragon's software will read the registry without loading & starting the copy of Windows you want to transfer, & try to remove any driver info for critical hardware -- that way Windows does it's new hardware driver search routine, same as if you were just installing Windows.

It works, but the problem is in my experience, old stuff that ideally would have been purged sticks around. In a nutshell that means reduced performance, sometimes very much reduced. You can improve it, again in my experience, by manually removing everything you can having to do with the old drivers, making sure new drivers for the new hardware are installed & used, but it can still be a bit iffy -- I migrated win7 from AMD to Intel a few years back, & I just found the other day that booting to Safe Mode there was a slight hang as the system reverted to AMD PCI drivers... I had gotten them out of Win7 proper, or so I thought.

Overall you'll get better results installing Windows fresh -- migrating this way is primarily a convenience so you don't have to reinstall all your software.

Paragon's backup apps let you restore a backup image to disks/partitions that are a different size, as long as the data fits. So do some other apps, whether they're for backup/restore, cloning/copying etc. If the software you're using doesn't, or if you're going p2v, you often want to reduce the partition size for the original Windows system drive/partition first. After a defrag to pack all data towards the front of the partition, you can reduce the size of your original Windows system drive/partition from inside Windows itself, but you can get it smaller if the copy of Windows on that drive/partition isn't running. You can do it after booting to a CD/DVD/USB stick, or you can clone that drive/partition to a temporary, intermediate vhd, which is what I usually do -- that way I haven't tampered with the original possibly effecting how it runs, or if it runs.

I start with that defrag, then do a drive/partition image backup, restore that backup to a newly created & mounted .vhd in win7, then reduce the size of that .vhd's partition as much as possible [I'll only leave a maybe 1 GB of free space max]. Then I'll back up that .vhd to an image I'll later restore to the target disk/partition. Once the clone's been done, re-sizing that partition larger, if I want/need to is trivial. This is particularly useful for VMs where you'll often use a dynamically expanding .vhd -- one that grows only as needed to keep the disk space used to a minimum. Beside the advantage of saving disk space, the best way I've found to backup a virtual disk is to copy it somewhere else -- I've seen no advantages to doing it any different -- & the smaller it is the easier/faster it is to copy. DO note that Paragon software often takes steps to make everything easier for you, & that includes adding disks/partitions to your boot menu when you clone or copy a disk/partition -- I keep EasyBCD handy so I can put things the way I want them.

iAR - Augmented reality player
Use this APP to virtualize a player similar to a TV.
$1.99 ➞ gratis hoy

Czech-Russian dictionary
It’s the best dictionary for travelers, students, teachers and for all people who want to learn Czech and Russian.
$0.99 ➞ gratis hoy

Q-Limits
This App was created to make your trip easier.
$4.99 ➞ gratis hoy

Antonyms PRO
An educational puzzle game in which you can test your knowledge of English words and their opposite meanings.
$1.99 ➞ gratis hoy