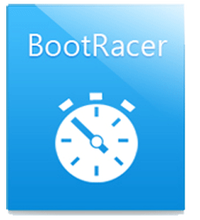 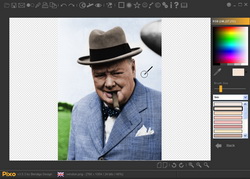 Apart from many new features in version 3.5, you can bring old Black & White and Sepia images into life by colouring them. All you need is imagination ! :)

I can'not register with the Key in the zip file....

The Good
* Allows users to add effects, frames, and text watermarks to images.
* Has many, many effects.
* Users can use as many effects and frames to one image as they like.
* Supports all major image formats.
* Supports drag + drop.
* Images can be flipped horizontally/vertically and rotated 90 degrees clockwise and counterclockwise.
* Images can be printed, e-mailed, exported to Flickr, copied to Windows Clipboard, or published to "Photoblog" after they have been edited.
* Has built-in undo/redo/revert to original functions to help users avoid mistakes.
* Has the ability to use Photoshop plugins, with over 40 plugins coming pre-installed.
* Supports drag + drop.

The Bad
* Only has two frames for users to pick from.
* Only allows users to add text watermark in upper-left and/or bottom-left corners; does not allow users to add it in any other area of images.
* Cumbersome method of selecting effects.
* Not 100% bug free.

Pixo is an interesting idea -- paint with Photoshop compatible plug-ins rather than apply them to a selection or the entire image. Written in VB [Visual Basic], I found it had a fairly high impact on Windows' registry [7443 new entries in XP, 7445 in win7], & IMHO was much too slow -- the effect painted lagged too far behind the brush/cursor. It also can't use selections, or plug-ins that require selections, & recommends downsizing large images automatically in the settings window [turned on to 800x600 by default].

Using Pixo is easy & *somewhat* intuitive, but only if you take a moment to explore & read the tool-tips -- some of the icons used are just not what you'd expect. Plug-in or FX are on the right as a series of simple flower images showing graphically what to expect -- below them is a hidden blue dot that shows up on mouse-over [running Pixo in a window it's hard to tell it's an arrowhead], & you click it to scroll... I was glad to see you could turn this behavior off in Settings ["SFX Selector"] giving you a list instead of installed plug-ins [to use not-installed plug-ins click "Custom Plug-ins" to bring up the interface where you can browse to a plug-in folder -> click the right plug icon up top, then click the folder icon below the list area & to the left]. When you select a plug-in you click apply 1st -- I assume [& could very well be very wrong] the process is similar in principle to loading a copy of the image in a 2nd layer, applying whatever FX to that layer, & then wherever you paint you merge that 2nd layer; at any rate it takes a moment or two after you click apply before you're ready to paint. Opening images you can use drag/drop or click the folder toolbar icon to open Pixo's own dialog -- you can click the "Use Windows Dialog" button on the lower left to get the traditional file open window. You can also capture an image with a webcam or use a scanner. When you're done you can save your image [Not Save-As], & there are toolbar buttons for "E-mail" [using Pixo or one of a few clients you may already have & use], "Send to Flickr", "Photoblog", & "Print".

To install Pixo you unzip the GOTD download, run Setup.exe, & that brings up the WinRAR self extractor -- make sure to at least look at where it's going to put the "Pixo.msi" file, but you might want to browse to & select an easier location... I'd suggest the folder you're in when you run Setup.exe. As you can tell from the .msi part of the file's name, Pixo uses the Windows Installer [bleh] -- 2 3rd-party files are added to Windows' system folder, along with up to 8 VB runtime files... in XP I got 1, while in win7 2 of the 8 were added. Windows Installer adds 2 files to the Windows\ Installer folder, but everything else [but Start Menu shortcuts] is in the program's folder, holding 159 files, 8 folders, at ~46 MB. Most of the registry adds come from the VB related files in the program folder FWIW.

I don't want to tell anyone not to try or use Pixo, but considering you can achieve the same [if not better] results in many image editors, and the amount of lag in Pixo, it strikes me as something that might make a great web app but is unsatisfying on its own. If that seems a bit harsh, think for a moment about how, pen/pencil & paper in hand you draw a line, or sketch, or underline a word, or doodle... the way our bodies work we can do pretty well if/when we use rapid movements, but forced to go slow the lines become erratic, aren't nearly as smooth. That's only amplified if you're using a mouse or tablet. Painting or drawing, when the results lag behind the cursor you're forced to go slower, & it shows the same way as it does with pen & paper. I've introduced a few people to computer graphics & tablets, sometimes excitedly when new kinds of apps &/or features appeared, e.g. the first Painter-type apps, or when you could paint with a stream made up of images/objects -- universally if they started to notice any lag they slowed down, quality suffered, & they politely walked away, but without noticable lag they kept going (& often had a ball). Put another way, Pixo isn't unusable, but if it's not fun because of the lag, personally I can't think of a reason to use it.

When it comes to alternatives I'd 1st ask what you were after... If you want to edit an image artistically or otherwise there are very often better tools than brushes, and a good image editor will include them in ways that make sense -- IOW the reason you don't see more apps doing the same thing as Pixo, is that painting with filters isn't always the best or the most practical way to do it. If OTOH you want more digital painting tools than your image editor offers check out the Corel Painter series, &/or look at Pixarra Twisted Brush [they have a free version to download, http://goo.gl/G04JA , but note that if you don't run setup & the installed app as admin it uses 7's Virtual Store, if that makes a difference to you].

To those people who are having trouble registering Pixo, Please enter your details in the "Multiple Users" section and NOT in the Single User section.

Actually a nice program that's worth the $13 being asked for normal retail.

Of note, when registering make sure you click the heading that states "multiple users" at the registration prompt. If you don't you'll be spending all day trying to figure it out (using the "single user" mode will not allow you to enter the proper info)

When installing the initial icon which normally installs the app, only puts an install file on which ever drive you specify. Then you need to 'install' from that file.
When running the software and selecting an effect, make sure you click on the 'apply' icon (each time you select a new effect) which is situated bottom right before you can use the effect.