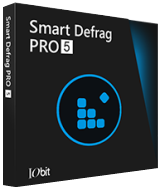 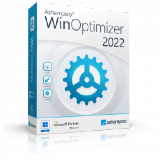 Please note: the license is provided for 1 year.

I have downloaded it and gave it a try with my C drive. The result was a disaster. I wrote down my free space before running anything: 52,1 GB. After each of the options of the program, I had less and less space. I tried Analyze, then Fast Defrag, then Defrag & Optimize and then Free Space Defrag.
Now I have 30,1 GB of free space!! Where the hell have the 20 GB gone? Isn't defragmenting a way to recover space by moving files together so that they take up less space? So now I am disappointed and pissed off.

Sonia M, would I be right in deducing that you have system restore protection enabled on the drive that lost free space during a defrag session?
If so that works by keeping databases of the drives sectors previous contents everytime you write to the drive so it can produce a historical record of the drive that it can restore the previous state using system restore and individual files if previous versions is supported and earlier versions of the file exist that could be restored. Defragmenting usually involves alot of writes to the target drive so in doing so the databases hidden away in the System Volume Information will grow proprtionally. It is not a fault or operation of the defrag program. It is one of the reasons Microsoft defragger by default does not attempt to defrag large files with fragments bigger that I think 64Mbytes as the read time is more significant as a seek and moving large chunks of data just grows the VSS protection databases eating freespace with practically zero benefit.

A conventional hard drive stores data on round discs or platters that spin while the read/write heads move in & out, away from & towards the center. The faster those platters spin BTW, the better the performance, e.g. laptop & less expensive drives typically spin at 5400, while performance drives spin at 7200, & high performance drives might spin at 10,000 or more. The circumference of the drive platters is of course larger at the outer edge -- tracks [maybe think of the grooves on a vinyl record] close to that outer edge contain more data than those nearer the center. Finally, data is stored in small pieces or chunks.

Defragmenting a drive does 3 things... One, it tries to place the small chunks of data that make up each file next to each other in sequence -- that way the heads aren't jumping in & out to read each file. Two, it packs the stored data towards the beginning of the drive partition -- Note that Windows intentionally places some immovable files away from the beginning of the Windows or system partition, so you won't get perfect results if/when you only have a relatively small amount of data, e.g. ~12 GB for a minimal Win10 install. Three, it places the files the software *thinks* you need most on the fastest portion of the drive/partition -- this is often where program X differs from program Y, e.g. iObit advertises that Smart Defrag can help Windows start faster, probably by placing files Windows uses at startup on that fastest portion of the drive platter(s).

The actual process of moving the chunks of data stored on the drive's platters is handled by Windows, but which files go where, and the tolerances [balancing the time it takes vs. benefits] vary with the software used. Files that are being used by Windows can't be moved physically on the drive platters, so you *potentially* get better results defragging a Windows system partition while running another OS, e.g. a dual boot PC or using a bootable USB stick/drive. The catch is that when that copy of Windows is not running, it's difficult for the software to determine what files should be placed on the faster portion of the drive.

Moving data towards the beginning of a partition is the 1st step if/when you want to shrink a partition. If you have a dynamically expanding VHD [Virtual Hard Disk] -- one that grows as needed rather than taking up a fixed, maximum size on disk -- it's the 1st step to compacting [shrinking the disk footprint of] that VHD. Otherwise defragging a drive/partition isn't a bad thing -- though it can push a failing drive over the edge, so back up 1st if the drive is suspect -- but I wouldn't expect most people will notice a huge difference afterward. Putting certain files on the fastest portion of the drive/partition OTOH stand a greater chance of making a noticeable difference. [The trick is determining which files are used most often, or for a particular purpose, e.g. Smart Defrag's helping Windows start faster.]

Not having any moving parts, SSDs don't benefit from defragging of course. All types of drives wear out, but with a conventional hard drive, the date it's going to die is unknown. SSDs however have a specific lifespan based on the number of writes. If you try to defrag a SSD, you're using up some of its lifespan by writing to the drive, but you're not doing anything disastrous, so don't worry if you ran a defrag & later heard it'll kill your SSD. With a conventional hard drive, writing data overwrites anything that was previously written to that location. Not so with an SSD -- it takes one operation to remove any preexisting data, & a second op to write the new data. So, to prevent that 2-step process from slowing you down, data that's no longer used [deleted files] is cleared beforehand, when the drive's not otherwise in use -- this is that TRIM process you read about. It can be -- probably is -- included in your SSD's firmware, is included in Windows 7 & later, and included in Smart Defrag.

A so-called Hybrid hard drive is a conventional hard drive with a small SSD it uses as a cache. The drive's firmware tries to determine what files you use most, then stores those files on the SSD portion, so you have faster access to them. [In that respect it's like a defrag app moving certain files to the fastest part of the drive/partition, &/or Windows Prefetch.] As far as you & Windows are concerned, it's just a conventional drive like any other, with the SSD controlled by the drive's firmware.

Well the smart defrag I have now doesn't expire till August and if i take this one and install now....I'm cheating myself out of 3 months of the pro version ...SORRY bad timing...I keep the pro version I have..

Akemi - ChatBot
Akemi is an application based on real dialogue that has AI.
$0.99 ➞ gratis hoy

Would You Rather Games
What Would YOU Pick has 1,000+ unique questions for you to explore!
$0.99 ➞ gratis hoy

Lophis Roguelike:Card RPG game
We fused card games and roguelikes together to make the best single player deckbuilder we could.
$0.99 ➞ gratis hoy