SuperEasy Video Converter 2 converts videos and DVDs to the format which you require for your player.
$29.95 EXPIRÓ
Votación de Usuario: 204 (32%) 429 (68%) Déjanos un Comentario 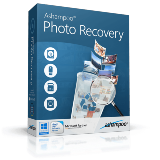 For sure it deserves much more than 33% THUMBS UP, since it's not just a Video Converter but also a Video Downloader and recorder.

And it's very easy to use: in fact, what you have to do is just enter the target device and this does the rest with no questions asked.

But its low rating score is probably due to the fact that most people here are fed up with Video Converters.

THUMBS UP from me!

Same opinion: who needs 25 videoconverters? But the usual problem is: which is best for your usual format? As I don't convert any videos to worse quality portable gadget's formats I won't test this soft myself. But nevertheless any potential user would be interested much more in its conversion quality than in its cutting abilities because:

If you aren't satisfied with SuperEasy Video Converter's or any other converter's cutting qualities I want to suggest a two step procedure: 1 Please use free AviDemux for very fast and lossless cutting at i-frames. It allows cutting one portion, then next ones, then saving.
2 Then use the best converter available to you afterwards.

For those not having read my two published comments (for Bandicut GOTD on 2014-03-26) concerning free AviDemux its essential part is repeated here for all of you:

If you cut at i-frames (one of the fast forward/backwards symbols) AviDemux is cutting lossless, i.e. without encoding again (only if you didn’t change target format!) in utmost speed and if you cut elsewhere it reencodes (much slower).

If you have several files in a folder former versions asked whether you wanted to join them. I’m not quite up-to-date as I’m using latest version at the moment just for cutting out advertising in USB-recordings from our TV and why should I join two recordings?

As far as I remember you can use AviDemux as portable too and with a lot of OS as Windows, Linux and Mac OS X.

I prefer download from a site without any forced softonic etc. downloader possibly with unfavorable addons:
http://avidemux.org/ offers three download sites.
But please use others on
http://www.filehippo.com/de/download_avidemux
http://fixounet.free.fr/avidemux/
for not producing too much costly traffic on one single download source.

(AviDemux 2.6.8 V2 can do lot more than Bandicut.) A well known problem with cutting is that sometimes video and sound get desynchronized. AviDemux can correct delay (+ -) and has a lot of functions as e.g. extracting sound. I prefer multifunctional software to a bunch of single ones. And AviDemux had a lot of time for improvement and the unpaid programmers used it. Many thanks to them too!

Sometimes files are desynchronized in first place even before cutting and you should correct delay before conversion!

Never used any instructions myself as I use most software intuitively first and study details only if needed.
My own shortest manual:
- Leave preferences as they are.
- Go to erasure starting position by drawing pointer (or by fast forward). (If you don’t use finetuning buttons you cut at i-frames and get quick results without reencoding.)
- Click at left bracket “A”.
- Mark end point in the same way with right bracket “B”.
- Use delete key on your keyboard.
- Go to next erasure starting position.
- . . .
- Save file with new name (just in case you do something wrong, you can start once more).
Buttons are very similar to a hardware recorder.

My last advice - for today I think (until the one and only censor between nice moderators is removing one comment of mine too much):
Often useful advice is to be found in later comments even to GOTD offers which are - let's formulate nicely - not commented as very useful. (And this advice will improve GOTD advertising traffic - they are living from this, I suppose!)

Installed and registered without problems on a Win 8.1 Pro 64 bit system. Registration via checked email. You don't need to give personal information (you can deny).

A German company with name (Engelmann) and address.

We had had already "supereasy" software. A big claim, let's see...

A non standard interface opens. A "ribbon" gives you the change to select your output device, you select an video file and you convert. Conversion is fast, depending on the computer power of course. And you can switch the Quality from a middle position to low or high... In the advanced settings to can set bitrate, framerate, audio and so on.

And here the "supereasy" ends for me. I tried the useful option to cut out unwanted parts of a marketing video.

Pushing the scissor, I was in the cutting menu. Normally I select a start and an end position to cut out, select the next part to cut out and finished.

In the actual case I selected the start marker at 0:16 and the end marker at 0:30 to cut out. Then from 0:50 to 0:60. Save and back to the main screen. Selecting more than on cut marker pair was impossible. It overwrites the cut markers with the latest one. That's not the way as it should be. You should be able to select several cut outs...

Seems to be a good converter, lacking the possibility to cut out more than one part. Video downloader for more than just "youtube" (which we had had some days ago)

Will not stay on my machine, I simply don't need 25 video converters.

A quick heads-up after install. I recommend the first thing you do is go to settings and un-check the “Enable Auto-Update” box or you may loose the program the first time it updates.

There are two big differences with SuperEasy Video Converter 2 compared to the many, many ffmpeg-based video tools, both those that have been on GOTD & recommended in the comments... One is that it uses .NET 3.5. The other is that Engelmann Media uses a licensed set of code to handle decoding & encoding. Whether that's the best or not, or better/worse than ffmpeg is a matter of personal opinion, but it is different, so if you don't want another one of the same video apps, this is indeed something different.

I can't say personally whether the code Engelmann licenses & uses is better or worse, though it has gotten good pro reviews. I have Sony, Nero, & Roxio software installed, plus I rely on AMD [ATI] & Intel OpenCL, they each have their own Direct Show stuff that's been installed & registered with Windows, & I don't want to risk Engelmann's Direct Show filters messing with those, now or when I update one of those 5. It's more than enough of a PITA making sure that stuff is working as it is. ;)

I don't expect most people are in the same boat, so I don't mean to scare anyone away from SuperEasy Video Converter 2. If does cause any problems, you can find the Direct Show stuff it adds in the Common Files folder, where you can rename or delete it.

Not a critique at all but some stuff I hope might be useful re: AviDemux & smart rendering in general.

Just FWIW, myself I have a folder set aside where I keep portable & almost portable video apps, like the Wonderfox converters. Why bother? Video files can vary a lot, even when they're the same format, depending on the encoder that was used & its settings. And the apps can [& unfortunately often do] include small bugs [I *think* usually regressions with new versions]. I don't use them that often, but when I do I normally run a test using a short segment of the video file, & if the results are not what I want, I'll move on to the next. I can always get around using one of these video converters, but it's a bit more work or bother, so I keep them for the occasional quick conversion, since all they've cost me is the disk space.

"Please use free AviDemux for very fast and lossless cutting at i-frames."

Personally I haven't used, or had AviDemux on this rig for quite a while now -- it's just got too large a footprint in Windows for what it might do for me. That's not to say it's a good or bad app nowadays, but rather to say I don't use it so am not familiar with how current versions work, or how well they might work. You mentioned that you used an older version of AviDemux -- if you read the comments on the AviDemux page at videohelp that may be a very wise choice. videohelp.com/tools/AviDemux

That said, mpg2 video has I frames -- many other formats call it something else. I wanted to mention that, not to nit pick, but to hopefully avoid confusion if someone goes looking for more info regarding some other format. Many compression formats or methods use a limited number of complete or key frames, then store just the changes between these key frames, so for one second of mpg2 for example you might have 2 key frames, and 28 partial frames stored.

And you can't do smart rendering with every format or every file -- Smart Rendering means rewriting the video file, with whatever cuts &/or joins, without or with a minimum of re-encoding, e.g. if you cut/join at a non-key frame, just those non-key frames at the cut/join will be re-encoded.

"A well known problem with cutting is that sometimes video and sound get desynchronized. AviDemux can correct delay (+ -) and has a lot of functions as e.g. extracting sound."

IMHO the best way to deal with audio is to make sure it's in the .wav format before you perform any editing other than trimming the end. Audio & video use 2 different clocks, & there are various ways to store the audio so it syncs with the video... One of those methods is to store the audio in packets that are often larger than the audio data stored inside, like a milk carton that's only partly full. That way each segment of audio [in one of those packets] always starts playing at the prescribed time. So what happens when the place you cut the video happens to be in the middle of one of these packets? It moves on to the next packet, & the original timing can be lost. This happens at every cut, so if you cut out the commercials during a TV show or movie, moving the entire audio forward or back will not fix it. Converting the audio to a .wav file gives you a continuous stream of audio data, so you can edit it anywhere.

Some software that lets you cut/join AC3 for example converts the audio to .wav, performs the cut/join, then re-encodes it. If yours doesn't, strip out the audio 1st & convert it to .wav, then if your software lets you use separate audio, use that .wav file as-is -- if not, re-mux the audio back with the video portion [there are several apps for muxing & demuxing, but they're usually specific to the format of the video].

Roundgraphy
Roundgraphy is a camera app that creates photos with a circle frame.
$1.99 ➞ gratis hoy

Wordlito
A word game, where you are to find the hidden 5 letter word in 6 tries or less.
$1.99 ➞ gratis hoy

Dream A Little Dream
One peaceful dreamy night, the Royal Floof sipped too much strawberry milk and fell into a deep sleep.
$0.99 ➞ gratis hoy