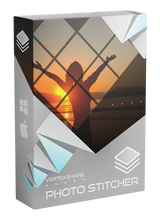 Wondershare Flash Video Suite is a powerful flash video conversion tool that includes two outstanding applications: Video to Flash EncoderandFlash to Video Converter. With it you can convert your favorite video to flash with smaller-sized, easily distributable. You can also convert Flash swf to AVI, MPEG, MP4, 3GP, WMV, MP3, and so on.

I use most Wondershare product, of course including this Audio Converter. I’d like to share my use experience with you:

The Good:
* Easy to use, it seems to all of Wondershare software design to very simple and very easy to use - friendly UI, just a few clinks to finish the task and don’t need any learn curve.
* “Convert between audio” may be the distinct features of this Music converter, I surprise to see this software support almost audio formats including MP3, WMA, WAV, MKA, OGG, AAC, M4A, APE even AIFF, FLAC, AC3, AU etc.
* Widely support many digital devices such as iPod, iPhone, Zune, PSP, Creative Zen, PS3, Xbox 360, Archos, Walkman and other players.
* The output quality seems ok, near the original quality with lossless.
* The conversion speed is very fast, I convert one WMA music files (near 7 M) to AAC format, just use me about 7 seconds.


The Bad:
* This Music Converter can’t auto upgrade at giveaway version.
* The most edit function can’t use, it seems designed for video but not for audio such as video crop, trim, add watermark etc.
* The functions is not as powerful as the Wondershare Video converter offered at giveawayoftheday several weeks ago.
* Can’t rip dvd to audio, if you want to rip dvd to audio, you need to update to audio pack.

The Good
■Straightforward and easy to use.
■Convert between many audio formats.
■Good output quality.
■Batch conversion.
■You can trim your audio file before you convert.
■You can shutdown your computer after conversions are finished.

It says it will convert .flac files in the product description but when you go to add them it does not accept .flac as a supported audio format.

My Own Clock
Design your own beautifull clocks.
$0.99 ➞ gratis hoy

Fugu Maze
Use your iPhone or iPad to find your way out of the maze with just your footsteps and a flashlight to guide you.
$0.99 ➞ gratis hoy

Balloons Pop PRO
Your kids will love this game and you will definitely enjoy it as well!
$1.49 ➞ gratis hoy

Math Puzzles PRO 2019
Objective of the game is to find patterns hidden in the puzzle in order to arrive at the solution.
$0.99 ➞ gratis hoy

Periodic Table 2020 PRO - Chemistry
The chemistry falls into to number of the most important sciences and is one of the main school objects.
$2.10 ➞ gratis hoy
« ArtStudio 1.2.1 Virtual Disk »